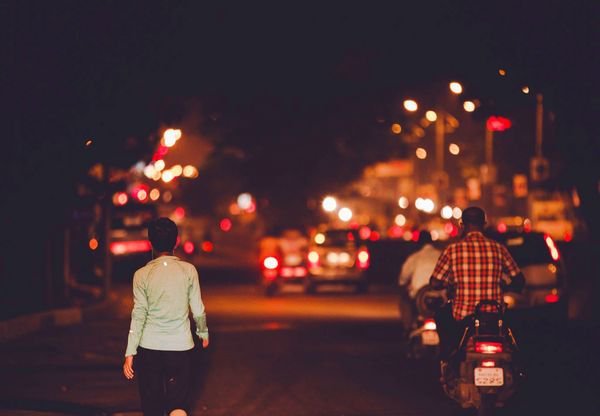 Fairy lights on Bombay nights.
Darkness lit to hide that which lurks in the inbetweens, beneath the seams,
Where black cats ride with heads slung low,
Tails cut to stumps by the sharp edges of a town known by a sum of its parts,
In a country known to none.
I am one.
Amid the dust and drain which soaks and stains white linens in pale hues,
That dries and tires skins,
Shone bright from time to time by laneway fires,
Burning rubbish in the gutters,
Catching fallen tree leaves that escape the nets,
So that their bodies too die, in the ash and smoke,
Turning to fine residues that stick thin,
On faces and arms and upturned brows,
Lest they look below,
And see what lies beneath,
In the darkness,
Between the strings of twinkled light,
Strung slack between the faces of this Bombay night.